The Death of IMDb’s Message Boards – The Reactions (Part 1)

In early February IMDb announced that it would be discontinuing its message boards. It goes without saying that, like all internet forums, the IMDb boards had their share of trolls and bullies, but it would be a tremendous discredit to the users of the board not to acknowledge the vast amount of intelligent and approachable users, some of whom have been on the site for almost two decades. Warm and inviting sets of communities developed overtime – some notable ones being the Film General board, the IMDb Poll Board, the Classical Film board and the Movie Awards board – and they remained a well-liked hub of film discussion. It is worth mentioning that many of these people would have nobody to communicate and exchange discourse with about the kinds of films they watch with people they know – such knowledge and love for movie was only available to them through the forums.

Anyway I’m starting to waffle and I promised myself I wouldn’t do that. IMDb have given their reasons for the closure of the boards and much has been said about it. This post isn’t looking to add to that. What I am looking to do is to keep some kind of record of their communication with the board users over the issue.

When they announced the closure of the boards, they recommended that people archive any threads they would like to keep as they would disappear in 20 days (!) There were only two threads I had in mind and that was where the decision to close the boards was first announced and the follow up thread (which was made because the original had maxed out the comments limit).

I just felt that, maybe in a couple of years time when everyone forgets about the message boards and IMDb showcases its shiny new features, forum users who have moved on will cease to remember the initial outrage and unity shown by members of the boards. I just felt compelled to make sure this thread remained available after the message boards were shutdown. You’ll only need to read the threads to see the lack of logic in the arguments presented by the IMDb admins as users attributed the board closure to different reasons. But I’m not trying to present an argument; the argument can already be seen below.

Unfortunately when I pulled the thread some of the best comments had already been deleted by the administrators or otherwise disappeared altogether. It is also worth noting that the second thread remained open and users continued to post on it at the time of writing, but I decided to pull it early anyway as you never know when it might just disappear (the boards became very glitch-y after the closure was announced).

Here is the original announcement thread: 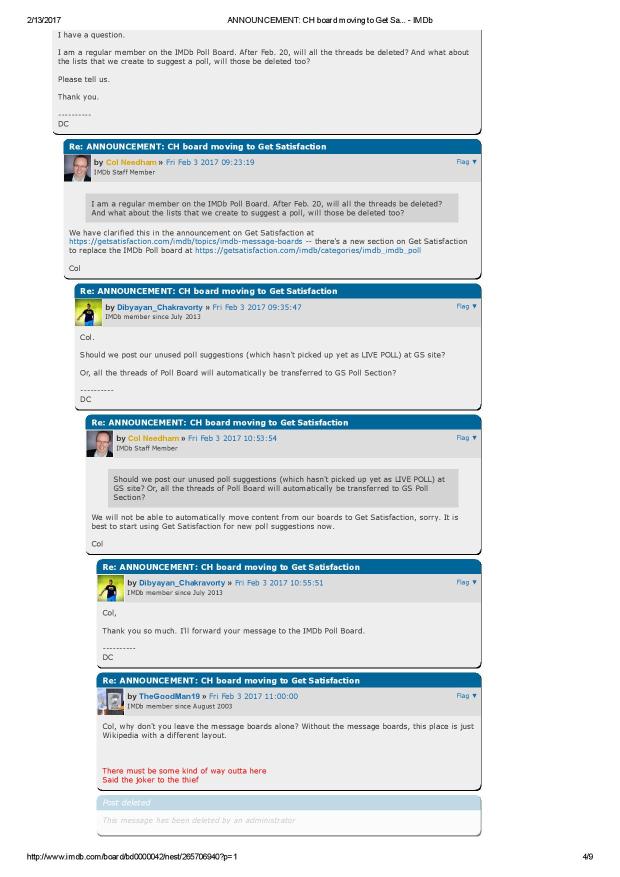 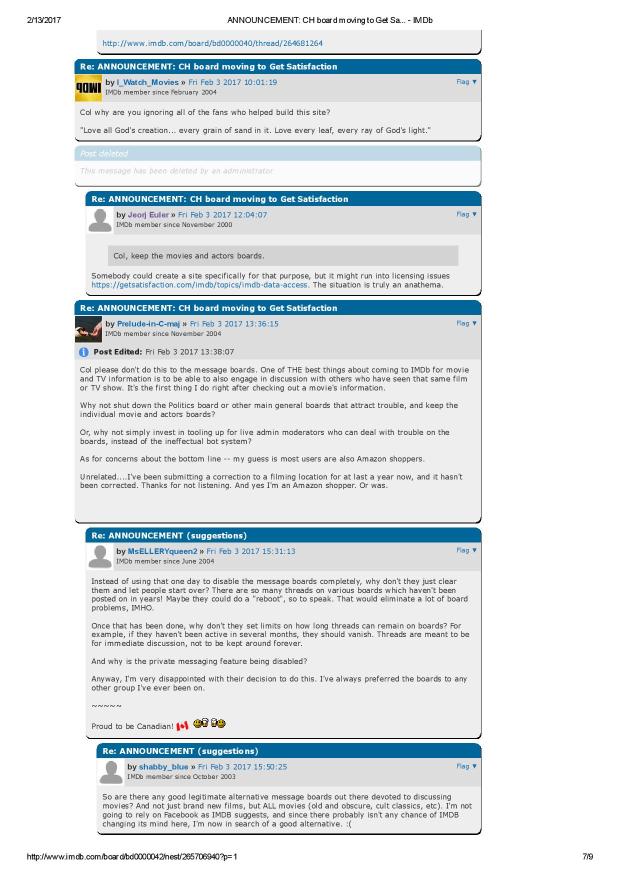